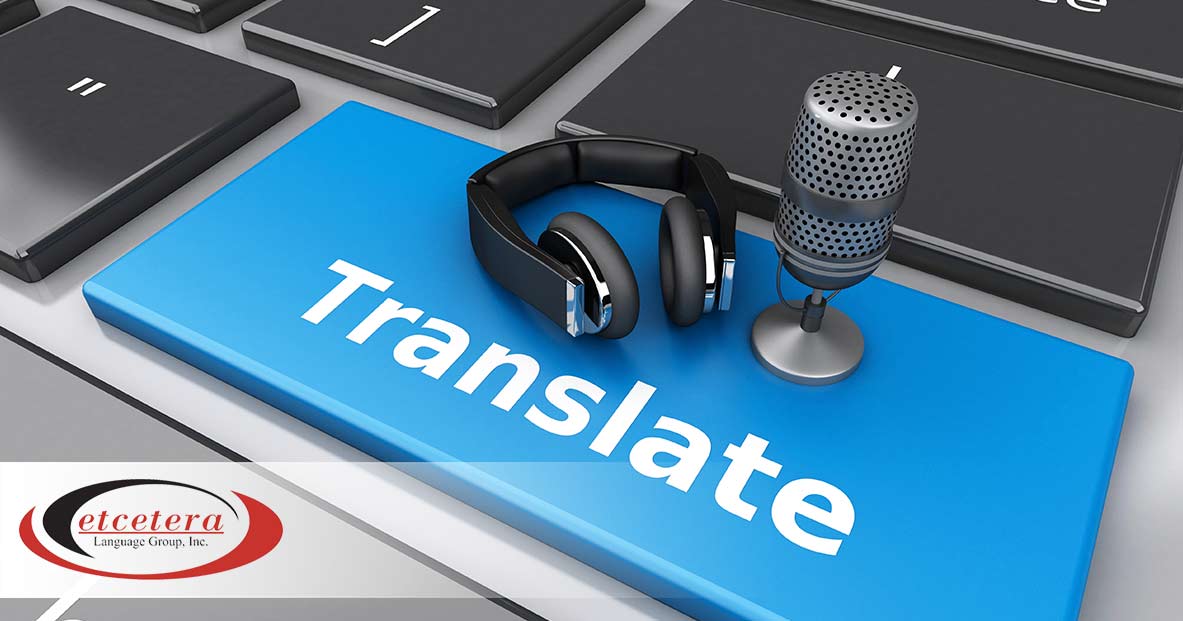 What are the Differences Between Translation and Transcription?

Translation services are services that involve translating one language to another language. For example, if an English-speaking lawyer is meeting with a Spanish speaking client, the lawyer’s office may hire a translator to be present for the meeting to ensure both parties are able to speak to each other and understand each other. The translator acts as the mediator between the two parties that do not speak each other’s languages, helping the parties to understand and communicate with one another.

Transcription services involve taking something that is recorded, such as a recorded court hearing, and typing out the entire hearing so that the minutes are transcribed into a document that can be read instead of something that can just be heard. Transcription services are often completed for legal reasons, such as transcribing court minutes, but doctors’ offices may also transcribe procedures or appointments.

What Are the Similarities Between Translation and Transcription?

For the most part, translation services and transcription services are two separate, independent services. However, every now and then, they do overlap. For example, if a court hearing was completed in English, but you need the hearing transcribed and translated to Spanish, you may use a translator who also offers transcription services. It is rare that these services overlap, but they can, and unfortunately, this is why many people use these terms interchangeably, even though they are not interchangeable.

What Are the Differences Between Translation and Transcription?

There are many differences between translation and transcription. The biggest difference is what these services are used for. Translation services are used to take one language and translate it into a different language so someone else can understand it. Transcription is primarily used to take items that are verbally stated and transcribe them into a document that is written, so someone can read what happened rather than having to listen to a tape or video. Most translation is done in live time, while most transcription is done after the fact.

When Is Transcription Used?

Transcription is typically something that is completed after the fact. For example, a doctor may record their appointment with a patient. A transcription company then gets a recording of the appointment, and they type out everything the doctor said or asked the patient, and then they type out the patient’s response to a doctor. This then becomes a medical record and goes on a patient’s chart. Transcription is also used a lot in the legal industry. For example, a deposition may be recorded. The recording of the deposition is then sent out to a transcriptionist, who takes the recording and types out word for word what was said during the deposition. This word for word document, known as a transcription, then becomes part of the case file, allowing anyone who wants to read what happened during the deposition the ability to do so, rather than having to watch or listen to the deposition tape over and over.

When is Translation Used?

Translation is used in many different industries for many different reasons. As a general rule of thumb, if two people speak two languages and they cannot understand one another, a translator may be used as an independent third party to help translate what one person says into the language the other party speaks. This helps both parties to have a conversation, such as a medical conversation, a legal conversation or even negotiate a business proposition. While there are apps that help to translate what one person says into another language, these apps miss things such as nuisances and may translate literally instead of understanding slang or non-literal translation. As such, businesses often rely on live translators for important conversations where nothing should be missed in translation.

What Should You Look for When Hiring a Translation Service?

The Languages That Are Spoken

If the Conversations Are Recorded

The Experience the Translator Has with the Industry You Are In

If possible, try to find a translator that has experience in the industry that you are involved in. For example, if you are a lawyer, a translator with legal experience can be important. This ensures they know the terms they are using and know how to explain it to someone else in a foreign language.

The Cost of the Service

Lastly, always ask how much the translator costs. Do they charge by the minute or a flat rate? Do they travel to you and is that cost built into their service fee or is it billed separately? Always ensure you know how a translation service bills you.

Is Your Company in Need of Translation Services?

If your company does business with individuals who may not speak English or who may struggle to speak proper English, you may be looking to hire a translation service. Here at Etcetera Language Group, Inc., we offer certified language translation services for a number of different languages. Reach out to us to arrange for one of our translators to help you during an appointment, during a phone call or to translate a pre-recorded conversation or meeting.