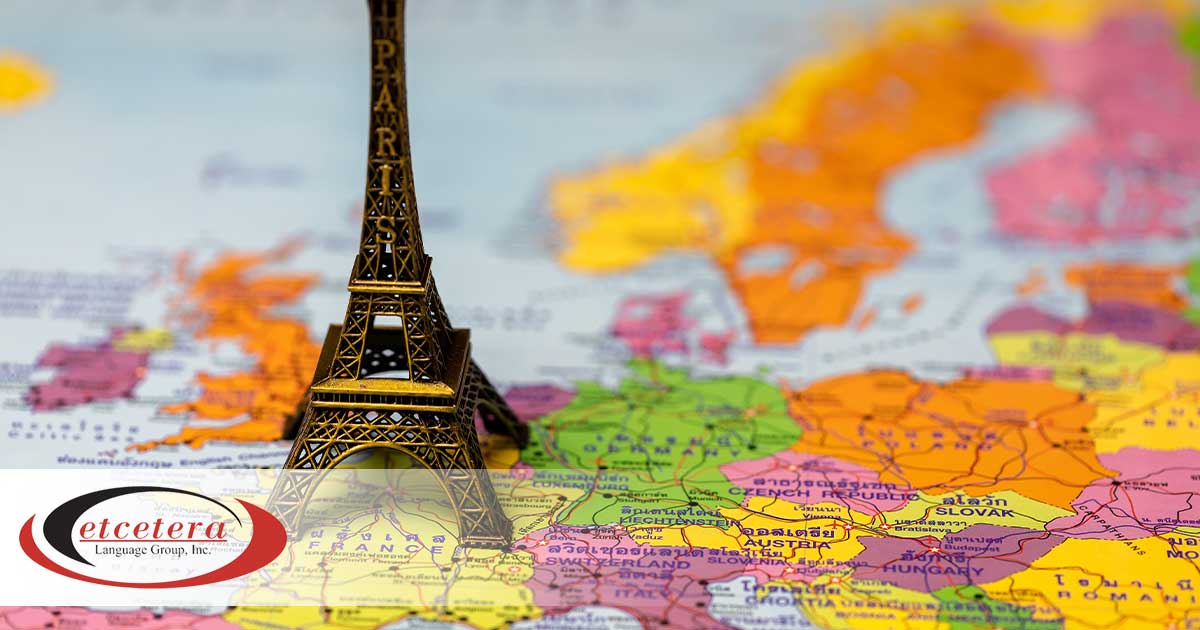 What Is French Creole?

French and French Creole may have started from the same root language, but they are now very different. In this article, you will learn the difference between these two distinct dialects and exciting facts about how French Creole developed over the centuries. If you need fast, accurate language translation services to or from French Creole and other languages, contact etcetera Language Group, Inc. We work with private and corporate clients in the legal, medical, technical, political, and engineering sectors to name just a few.

There are thousands of interesting languages worldwide, and French Creole is one of the most fascinating. Developed in Haiti and derived from French, it is a unique language that expresses the culture and people it represents. The unusual origins of Creole include a distinct evolution that language historians are still unraveling.

Where French Creole Is Spoken

Mainly spoken in Haiti and by Haitians who have settled in the United States, elsewhere in the Caribbean, and worldwide, French Creole has millions of active native speakers.

France was a dominant colonial power in the 18th and 19th centuries. The country colonized the Caribbean, Africa, and much of North America. In each case, France imposed its culture and language on conquered peoples. This trend included Saint Domingue, the island home of the Haitian and Dominican nations and known as Hispaniola today.

French Creole developed out of necessity. African slaves and French slave owners communicated through very basic French. The slaves took what they knew and created new words combined with their languages and French. As a result, Haitian Creole adopted words from English, Spanish, Portuguese, and West African languages. Although it was the language spoken in Haiti for centuries, it wasn’t recognized as the official language of Haiti until 1987, when the country adopted a new constitution.

Difference Between French Creole and French

The truth is that French and French Creole speakers often have difficulty understanding one another. That is because they are essentially different languages. Three main differences separate these language cousins:

Here are some other fascinating facts about French Creole that will help you understand the origin and evolution of this living language:

Contact Etcetera Language Group, Inc. when you need reliable translation services for French, Creole, and dozens of other languages.