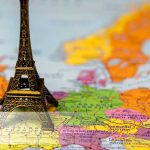 What Is French Creole? French and French Creole may have started from the same root language, but they are now very different. In this article, you will learn the difference between these two distinct dialects and exciting facts about how French Creole developed over the centuries. If you need fast, accurate language translation services to or from French Creole and other languages, contact etcetera Language Group, Inc. We work with private and corporate clients in the legal, medical, technical, political, and engineering sectors to name just a few. There are thousands of interesting languages worldwide, and French Creole is one... View Article 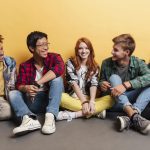 10 Most Common Spoken Languages in the United States

You will often come across a reference for the United States, where some will call it a melting pot when talking about the region’s cultural diversification. The cultural mixture is the component that makes it an exciting place to be. When in the United States, you expose yourself to a possibility of life-altering experiences through food, music, and fashion from different cultures. Languages, however, have a unique touch about them.  Did you know that although English is the commonly spoken language in the United States, there is no official language?  The reason behind this is the fact that the people... View Article 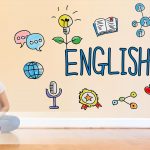 How Many Words in the English Language?

The English language is quite fascinating. Did you know that the average person only uses around half of the tokens that they know and recognize in everyday communications? So how many tokens are there in a language? For translation to or from English, talk to a competent multilingual translator; many offer online service provision, too. How Many Words are there in the English language? Learning and translating English is no small feat; the Oxford Dictionary currently contains over 170,000 tokens currently used by English-speakers. This is in comparison to other languages, such as Spanish and French which each has around... View Article 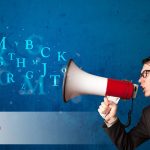 Which Language Has the Most Words & Other Fun Facts

The features of the world’s languages are quite diverse. Though it’s not always easy to nail down precise figures, some languages stand out for having high numbers of letters, native speakers, and many other distinguishing factors. Which Language Has the Most Words? Languages vary greatly in terms of their word count. It’s difficult to get an exact count of the words in any language, but according to the World Atlas, English is thought to be king when it comes to the sheer number of words. Counting words is tough for multiple reasons. One confounding factor is that some have multiple... View Article 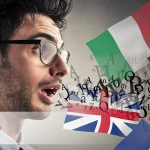 When learning a new language, a good number of people focus on grammar and vocabulary. Although these two are essential, there is a lot more you will need to learn to improve your skills and master the language. Every vernacular has its own phrases and expressions that have a cultural meaning behind them and should not be taken literally. These expressions, idioms, and proverbs enrich the vocabulary, helping people to attain fluency and sound more natural. Learning these key words and phrases ensures you understand the context of many more conversations, allowing you to communicate more clearly. These phrases will... View Article